I thoroughly enjoy planning and facilitating team retreats. When done well, they are a rejuvenating time for team members to reflect on the previous few months, to plan what’s coming next, and to just straight up have some fun together.

As a manager, I’ve found these retreats essential in keeping a team aligned and empowered to take ownership of what they’re building together. Even in Covid times – when the idea of getting together in-person seems quaint – taking time off from "normal work" to connect with your team in a less formal setting can still be quite valuable.

I’ve experimented with different approaches to running these retreats, but one exercise that has become essential is the “Sailboat Exercise”*:

At its core, the Sailboat Exercise is a brainstorming process for garnering honest feedback from employees about the state of the team / product / company. As such, it can be used independently of team retreats. That said, I’ve found it particularly effective in such a setting because it’s a fun, low pressure exercise at a time when folks are in a mindset to candidly assess the state of things — i.e. they’re removed from the stresses of their normal day jobs, and able to come up for air to think more holistically.

In fact, I’ve found it to be such a good exercise for divining the zeitgeist of the team — what’s been good/bad/indifferent and where should we head next? — that I use it to kick off the retreat, with its outcome driving the topics to be discussed during the rest of the event.

In this way, it essentially becomes a tool for running a team retreat as an unconference (i.e. a participant-driven conference), but with enough structure in place to achieve the goals of 1) clear-eyed retrospection, and 2) forward-thinking planning.

For those wanting to try out the Sailboat Exercise, the steps are as follows:

3. Let the team members independently brainstorm these ideas for 20–30 minutes, encouraging them to not overthink it. At the end of the brainstorming process, have them affix each sticky note to the whiteboard near its appropriate visual element. People are often inclined to avoid affixing a sticky note that duplicates one already on the board, but it’s important to help the group fight that urge since it’s actually quite useful to see which topics were brought up by multiple team members.

4. At this point, the facilitator’s job becomes to organize the stickies on the board so that similar ones are physically connected (see image below). This can be done with the full group’s participation, or with just 1 or 2 others while the rest of the group mingles. Either way, it’s useful for the facilitator to have at least some help in order to group these sticky notes together into thematic topics.

5. Once grouped, the facilitator asks each team member to assign a total of 5 votes to whichever topics that they personally would like the group to discuss while at the retreat. I’ve found that five votes seems to be the right number for most situations, and that the fastest way to enable the voting is to let each person write their own tally marks:

6. The most popular topics become the basis for the set of follow-up sessions during the rest of the retreat. The scheduling of which topics to discuss when can be outlined at this point, or left fluid as the retreat unfolds. As facilitator, your goal is to help the team cover as many of the highest ranked topics as possible while ensuring that the group is energized going into a given session at a particular time. If they don’t seem ready for a discussion because they need a break, some food, a lighter topic, etc. it’s best to delay or forgo the conversation rather than plow ahead.

7. Whenever possible, I look for others on the team to facilitate and/or drive the conversation during a particular session, only speaking up myself when necessary to move the discussion along, or to alleviate any buildup of tension.

8. At the end of our time together, we run a retrospective on the retreat as a whole — what did people like/dislike, and what might we do differently next time. This includes feedback on the Sailboat Exercise itself, as well as the topics that were brought up / discussed. As part of this retrospective, I make sure to thank everyone for their time, energy, and input. I also outline a few actionable steps we’ll be doing as we come out of the retreat because it’s important to a) ensure that team members have felt heard, and b) carry the positive momentum and energy from the event back into the workplace.

That’s it! The Sailboat Exercise has been a crucial tool in my manager tool belt largely because it’s simple to run and consistently produces great results.

I was recently asked by a fellow technologist what advice I had for creating a highly productive team. I said that, amidst a dizzying number of variables, the underlying foundation is almost always that each member of that team feels empowered — to share their opinions, to take on responsibilities, and to be a tangible part of contributing to something larger than themselves. It’s a cliched answer, of course, but as with most cliches, the devil is in the details; accomplishing this goal requires constant nurturing through thoughtful intent, communication, and processes.

In my experience, the Sailboat Exercise has been a great concrete tool for showing, not just telling, team members that they are central to the process of steering the ship.

* Note: I was introduced to this idea by friend and former colleague, Christopher Atkins. He had seen a few folks in the agile community using a version of it for sprint retrospectives, and we decided to experiment with the idea of leveraging it to run our next team retreat. It turned out to be a highly successful experiment, and I’ve since run the process numerous times / adapted it a bit as I’ve learned what works and what doesn’t. It’s worth noting that in doing research for this post, I discovered that the original inspiration for this type of process was a “Speed Boat Exercise” developed by Luke Hohmann. 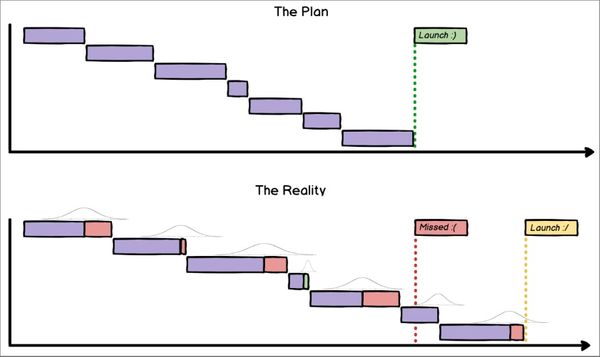 Several analyses have shown that roughly half of all projects will run late or never finish. Yet, many organizations continue to be blindingly optimistic when they plan projects. This visualization explains why. 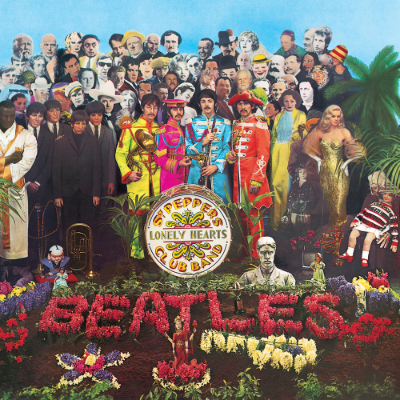 A musically inspired exercise for building empathy within organizations.